chicago born and raised, roy kinsey is a bit of an anomaly when it comes to tradition in his respective industries. where being a black, queer-identified, rapper, and librarian may be an intimidating choice for some, roy kinsey’s non-conformist ideology has informed his 4th album, and self proclaimed, “best work yet,” blackie: a story by roy kinsey.

KINSEY: A Memoir, arguably more poignant than blackie, captures a dark, sinister, yet sincere, and potent musical performance by Kinsey; Kinsey’s observations are strong on ‘Memoir,’; shaped by early traumas that threatened to debilitate his belief in himself as well as the abilities of his family. It is the manifestation of a queer man, in a black body, coming of age in Chicago.

featured in and on major local, national, and  international publications like Billboard, NPR, WBEZ’s Vocalo, the Chicago Tribune, WGCI and the RedEye, his “deft skill for storytelling,” is proving to have wings like the "flying africans" of old that he raps about on his latest project. kinsey’s latest video BSAYF, exploring black queer identity and spirituality, premiered at the Museum of Contemporary Art (mca), the Art Institute of Chicago, the Harold Washington Cultural Center and the Dusable Museum. he has shared his lyrics on the stages of Lincoln Hall, Logan Square Auditorium, Wild Hare, The Shrine, and Soho House, and has recently done a series of performances/exhibitions with the Chicago Public Library’s seasonal book and theme programming of race and music, One Book, One Chicago.

his professional development in librarianship has fueled his desire for self examination and then reporting his findings, in rhyme. he intends and believes the success of his present and future creative works will touch the hearts of many because it comes from the heart.

roy kinsey is a librarian in the Teen Services/Youmedia department for Chicago Public Libraries. 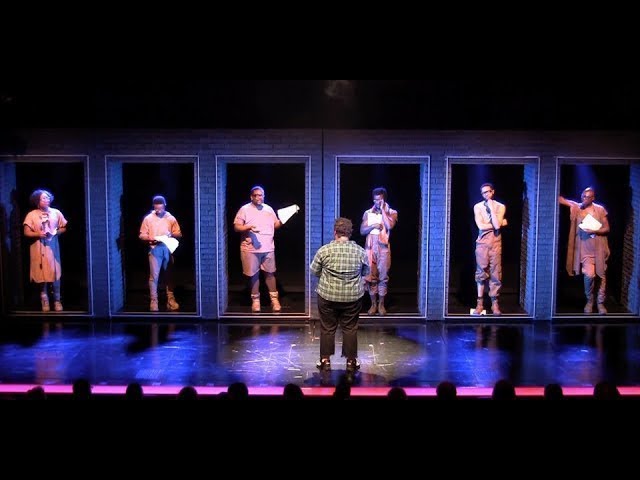 May 5, 2020 ∙ 1 min
Music Monday: "Big, Black and Queer as American Broadway"
I clocked some glimpses of Larry Owens' light on an episode of High Maintenance a few months back. Today, A Strange Loop ("a discursive...
8
0
May 3, 2020 ∙ 1 min
What to Stream During Quarantine
Remarkable. I watched this movie when I woke up this morning. This film, set in Oakland, was written by the Co-Writer of Black Panther,...
5
0
Apr 26, 2020 ∙ 1 min
GLAAD Presents Lilly Singh, Billy Eichner, Dan Levy, Billy Porter and more, Together In Pride.
I'm about to grab my snacks and get my Sunday viewing started. I'm starting with GLAAD's Fundraiser Show Streaming Live on YOUTUBE....
13
0
4